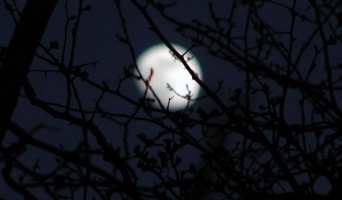 copyright : Dan Cederholm :) Thank you for the photo Dan :)


The return of the vampyre children and the exchange

She walked with quick steps through the dark streets of Paris and passed by the  whorehouse with a sigh of relief .

I smirk as I lurk  around the corner,  behind her.  I admire her white silky skin as I solemnize  her delicious neck.

- She won't be able to get away,  I like haunting my prey, I think to myself. What's the fun of the chase without the adrenalin rush? I love the smell of the adrenalin. . .  her heart will pound harder and faster and her veins will swallow up and then she will be ready for me. . .

I take a deep breath and start approaching her. She sees me and walks faster; I can hear that she breaths faster now. . . I start walking faster as well. Now she understands what is going on; she turns back as she runs and I smile, she sees my teeth's and screams filled with horror.

I land in front of her and tell her:

- Let me suck it out from your veins, you will not feel a thing I promise. . .

She tries to escape, with a quick move I grab her neck and hold her head back. Paralysed from fear she trembles like a leaf, I can see her blood running through her veins. . .

- Everything is going to be ok now sweetie, I whisper as I gently touch her hair and place them carefully behind her ear. But behind her ear I see a blue star I immediately take a step back

She smiles at me and says

- When the portal first opened and the connection was made, I was happy, overwhelmed, exhilarated by the idea that we would have the opportunity to visit each others world. . . I was the first one, the one that fell in love with the first vampire. . . We were happy. . .for two years. . . Until the day he collapsed on the threshold of our mansion, he didn't  told me anything because he didn't want to worry me, but he was slowly dying and the only way that he could survive was if I gave him to drink 3 drops of my blood, the droplets of life as we called them back then. . . Every second year I gave him 3 drops to sustain his life force. . . We had two beautiful children but they became vampires as well and they needed blood as well  but because they were younger they needed more blood for nourishment and they got addict to it. I didn't know it; but I was infected. . . and they got infected as well with the virus of the absolute power and they start drinking blood for fun until the became vicious,  feral. . . And each generation got worse. . . The white diamond star in their heart turned into black. . . In my sorrow I turned into a demon, the diamond in my heart was still white but my heart was bleeding. . . Now you know. . .

- I didn't know that you are our mother! I am sorry. . . and I got on my knees asking for forgiveness.

- Stand up my child, she said with a soothing voice. . . The moonchild was born two days ago; go back to your dimension before I close the portal, but you have something to give me isn't it?

- Who told you? How do you know that I have it?

- Come on, we  don't have so much time the magicians will find us in a matter of seconds,  give it to me.

- Take them with you, she whispers; they tried to turn the Omega to Alfa. . .

- Goodbye and thank you, I tell her and hold the hands of the vampire children

- Let it be light she yells and throws the golden key into the blue star the moment that we entered the portal. . .